Multiplayer work has begun in the RPG!

After selecting your character, you pick if you're single player or networked. 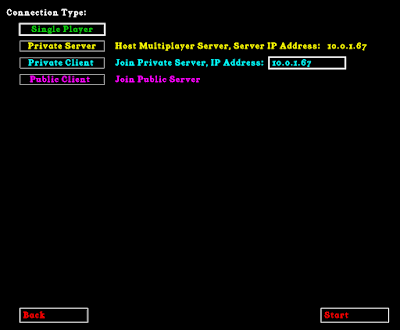 My goal is that you will be able to seamlessly go between a single player experience and playing with your friends.

- If "Single Player", then it starts as normal.
- If "Private Server", then it starts the game as a TCP server and will accept client connections.
- If "Private Client", then it will connect to a TCP server.
- If "Public Client", then it will connect to an Internet accessible server. I don't know how feasible this mode will be. For now I'm intending the game to be primarily LAN (Local Area Network) play like Diablo 1. Even if the Internet play shows promise, I want to keep the LAN play fully functional. 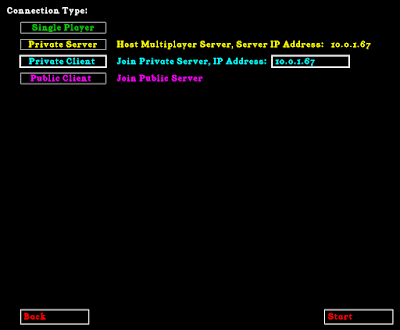 And when I click "Start", it attempts to connect to the server. If successful, it starts the game for the client!

On the Server (left window), it announces "Player" has arrived. 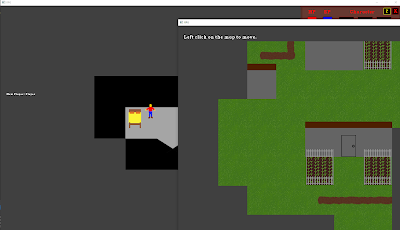 You can see sharing character positions is not yet working, but I do have chat messages between the servers and clients functioning. Press enter to bring up the chat box, type in your message, press enter, and it gets sent. 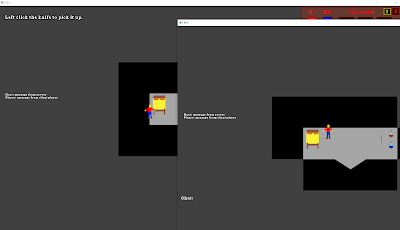 There is no set limit to the number of players that may connect. It'll be interesting to see how well it scales as the numbers of players grow.