A sample one-shot table top campaign has been added to Campaign Manager to demonstrate many of its features and how it can be used. 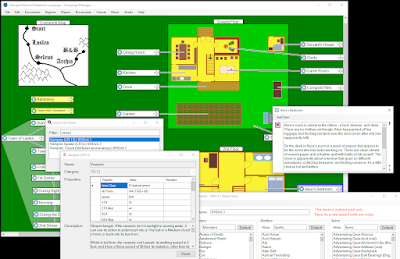 The campaign involves a mystery of several villagers that have gone missing in nearby towns. A band of adventurers has been hired to find out what's happening, recover the lost people, and prevent future disappearances. The campaign goes across a few days in game time in which the players discover the missing people had gone to a Bed and Breakfast in the country. When the players get there, they find the hosts aren't quite right.

The sample campaign demonstrates regions with overworld and interior maps, a timeline of events linked together, encounters with descriptions and music for the players, and finally a combat. The entire sample is within the limits of the Free version of the software to further demonstrate what is capable even in that version.