Let's get caught up on all the improvements to the game the past few months...

1. Major performance improvement to only update on the main game loop characters near to the player rather than every character in the world. Before this performance change the game crawled when I had a forest of trees. Now it's a nonissue. 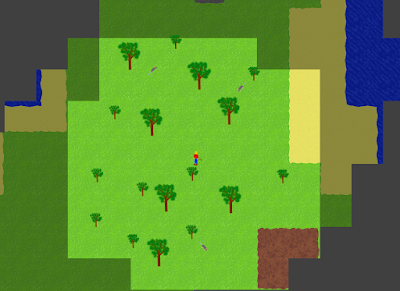 2. The app is still single threaded, but did more work to locks to allow it to be multithreaded.

Each tile type reduces visibility by different amounts. So you can see quite far over grass/sand/open ocean, but much less through buildings or other obstructions. 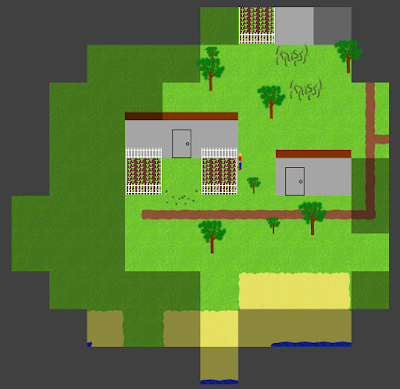 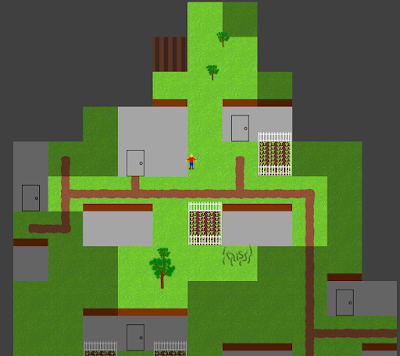 And in caves your line of sight gets completely cut off! 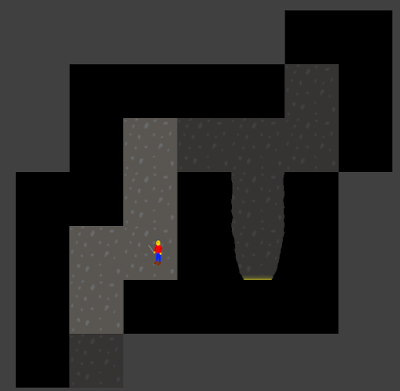 6. Consolidated lots of data management into a handful of CSV files. Much quicker and easier to add content.

7. Added tooltips for everything on the menu!

Here's what it looks like with my mouse over the health potion... 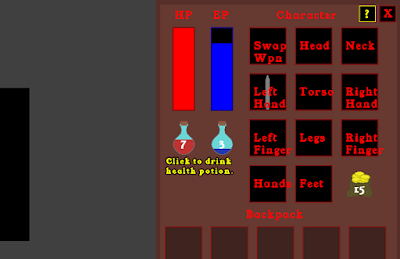 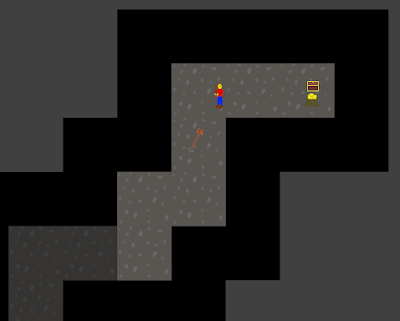 Slow but steady progress!
Posted by Clint at 1:50 AM No comments: