There is decent progress on the servo controller, but this past month has been crazy busy. I've drawn up some designs in Blender that I need to 3-D print. The new parts include the upper frame of the controller and blocks the servos will manipulate.

In the mean time, another short term project popped up as a nice distraction. My son's first Halloween was coming up (technically second, but he was a bit young for the first), and he needed a costume. There's nothing better than a spaceship, so my wife and I built one...

The skeleton was built with PVC. 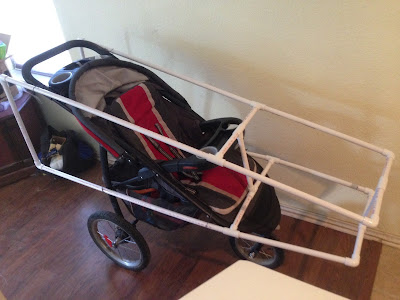 Some cardboard spray painted silver made up the skin. 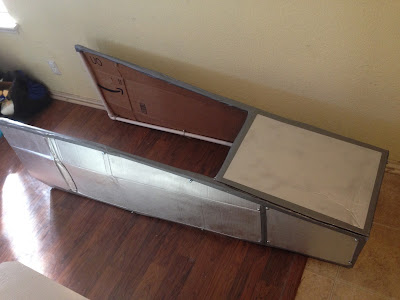 My son is too young to hold a bag for candy, so my wife came up with the idea of a compartment under the hood of the spacecraft to be his candy bag. We cut a simple L shaped lever out of some plywood, drilled a pivot hole in the center of the lever, drilled a second hole for a string at the end of the lower leg, and mounted it underneath the hood.

The lever pivots freely about its center. We tied a string through the lower leg, brought it forward (wrapping it around the front frame), then funneled it back to the rear of the spacecraft. Now we can pull the string in the back and it forces the hood up! 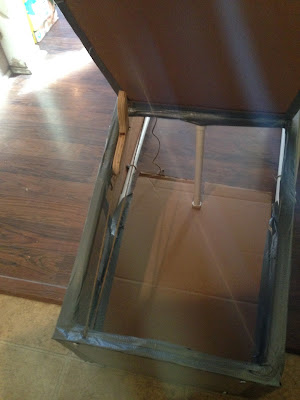 No spacecraft is complete without lights, so we picked up 2 white LEDs for the front, a red LED for the left, and a green LED for the right. A little bit of soldering and the we were in business. (Not the best wiring job, but it only needed to last one night.) 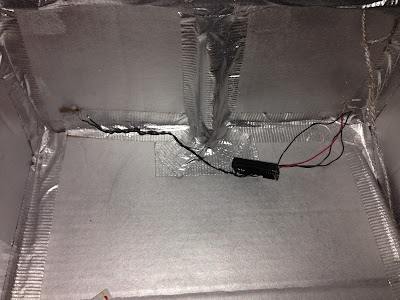 Spacesuit is a requirement (he kept that helmet on just long enough to take this picture, then it was gone). 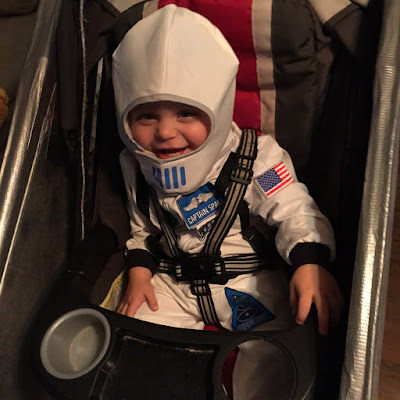 Ready to go Trick or Treating! (My wife made an outfit just for pushing around the spacecraft - she's the "flames" coming out the back.) 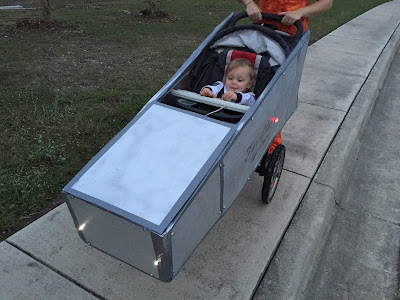 FYI - the name of the ship is "Far Star". Give yourself +10 geek points if you know the reference.

The bar has been set... what will we do next year?