Two of my recent goals were to redo the memory management and implement an initial artificial intelligence.

Memory restructuring is complete - now using C++'s shared/weak_ptrs. I still have a few "new"s in there, but for anything that is created and destroyed during playtime those have all been swapped out. It will be significantly easier to split the game logic into multiple threads and support network play now.

For example, the player could be neutral with "wildlife", friendly to "human civilians", and evil to "demons". Squirrels would keep their distance, civilians would walk up and talk, and demons would attack.

This unarmed civilian is walking up to talk to me... 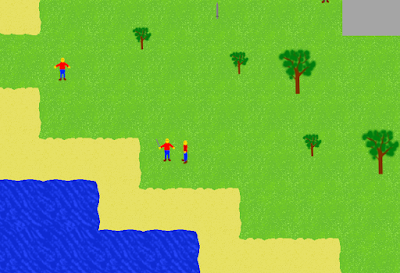 But this armed guy is tagged as a demon and is attacking me... 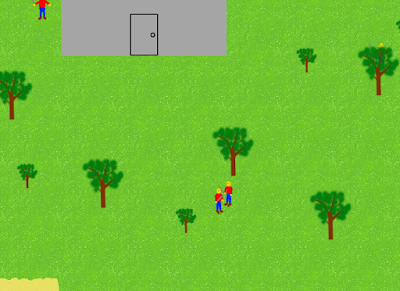 Alternatively, the player could be friendly with "wildlife", evil to "human civilians", and friendly to "demons". Squirrels would approach, civilians would flee, and demons would say hi.

I'm still working on how the allegiance is dynamically changed. Ideas include feeding wildlife would increase your stance with them. Killing civilians would obviously make them hate you. And then to get on a demons good side? Sacrifices maybe?


In addition to the "whole world" 360 degree longitudes by 180 degree latitudes, I want the player to be able to go to additional level depths - such as underground cave systems or floors of buildings. I can now tag terrain tiles as pathways to go further down or up in depth.

This unbelievable crude buildings has a door on the south side. 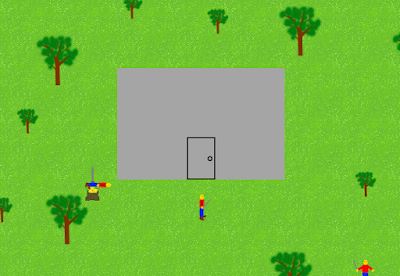 Walking into that door transports the player to the same latitude & longitude, but to a different depth. 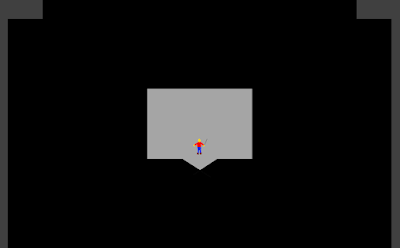 There is a tile to the south so the player may leave the building.

The inside terrain tiles are treated identically to the outside. Characters can be added, equipment can be dropped, etc. And you can still zoom out to see the whole world (at that map level). 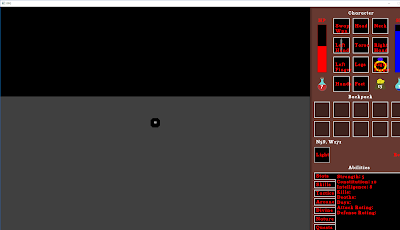 I have a rudimentary edit mode in the game that lets me add characters to the map and save those to file. But my current map editor is making changes to what looks like bad ASCII art in Notepad, and it's holding me back. An in-game map editor may be in the next major update (multiple textures on characters is on hold for now).
Posted by Clint at 11:46 PM No comments: