All forces on all bodies have been calculated; it's now time to move them in space. 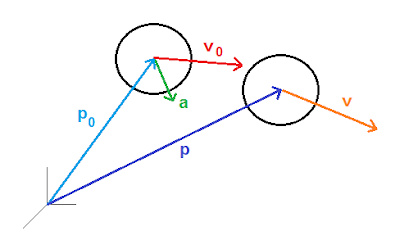 In our prior function calls, we calculated the total force applied to the body. Since we know its mass, it's easy to calculate acceleration:

F is the force, in newtons.
m is the mass, in kilograms.
a is the acceleration, in meters per second squared.

And with the acceleration, we know how to propagate location and velocity:

The smaller the time step the more accurate the simulation. However, that also means it's more computational intensive for simulating the same period of time.

Rotation code is still a work in progress so that will have to wait for a future post. 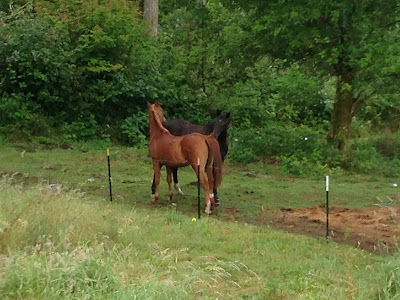 
A refresher of our update() function in the OrbitalAeroModel class.


And the new code: 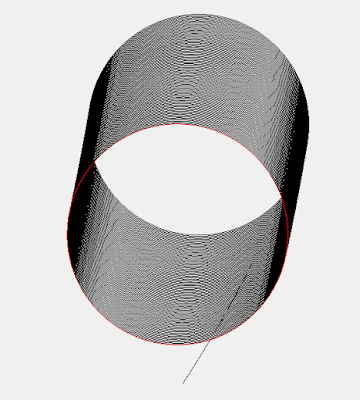 Copyright (c) 2016 Clinton Kam
Permission is hereby granted, free of charge, to any person obtaining a copy of this software and associated documentation files (the "Software"), to deal in the Software without restriction, including without limitation the rights to use, copy, modify, merge, publish, distribute, sublicense, and/or sell copies of the Software, and to permit persons to whom the Software is furnished to do so, subject to the following conditions:
The above copyright notice and this permission notice shall be included in all copies or substantial portions of the Software.

THE SOFTWARE IS PROVIDED "AS IS", WITHOUT WARRANTY OF ANY KIND, EXPRESS OR IMPLIED, INCLUDING BUT NOT LIMITED TO THE WARRANTIES OF MERCHANTABILITY, FITNESS FOR A PARTICULAR PURPOSE AND NONINFRINGEMENT. IN NO EVENT SHALL THE AUTHORS OR COPYRIGHT HOLDERS BE LIABLE FOR ANY CLAIM, DAMAGES OR OTHER LIABILITY, WHETHER IN AN ACTION OF CONTRACT, TORT OR OTHERWISE, ARISING FROM, OUT OF OR IN CONNECTION WITH THE SOFTWARE OR THE USE OR OTHER DEALINGS IN THE SOFTWARE.
Posted by Clint at 1:20 AM