But the most significant change from the user's perspective is I can now offer dialog trees to users!

I have a priest in a church on the starting island that offers to heal you for free or teach you the healing spell for a small price.

If you have the gold and you ask for the healing spell...

When you're in a conversation, time isn't frozen and you aren't locked in place. If you walk too far from the conversation then it automatically ends.

The new event system can even handle the player's death!

Not a good idea to stand idly by while a slime is killing you... 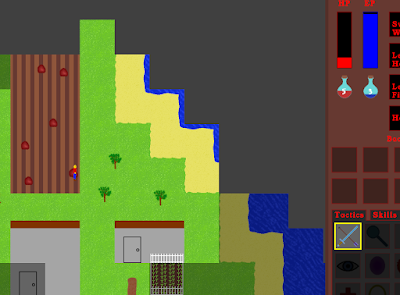 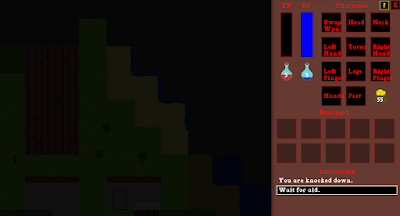 And after you wait for aid, you'll awaken at the nearest healer but with reduced stats.

Just a few more triggers & actions and shops will be supported via the event system!