As my Arduino Retro Computer has come to a good closing (well, pausing) point, I'm starting a new long term project. I have some big goals in store, but I'm going to keep the exact plans publicly a little vague as I work through to the final product. 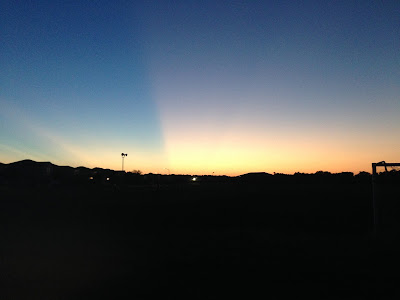 Without giving out too many details, I'd like to create a system that enables very quick and simple servo control by a computer program. There are additional input and output features that will be added, but at the heart of it is a robust servo control mechanism.

My previous projects have been with Arduino Megas, but this time I'm basing the device around the Arduino Due. It has some impressive stats over the Mega (let alone the Uno).

Plus the Due has loads of Digital I/O, PWM, Analog, and Serial pins.
https://learn.adafruit.com/adafruit-arduino-selection-guide/arduino-comparison-chart

This is all probably way overkill as I'm trying to keep the vast majority of the intelligence on the computer itself, but it will be fun trying out a new board. (Honestly though I may need to use a Due for version 2 of my Arduino Retro Computer!)

Adafruit has a very nice 16 channel I2C stackable servo shield. The shield has 6 address select pins so you can stack one on top of another with the same I2C bus. (According to their website up to 62 shields totally 992 servos!) https://www.adafruit.com/products/1411 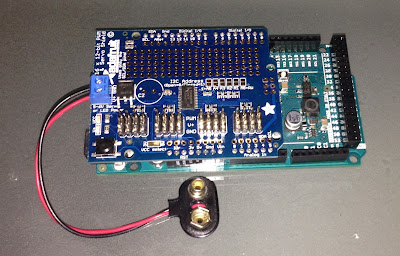 Adafruit Servo Shield on Arduino Due

I've also begun testing quite a few servos to try and find the best balance of cost, compatibility, and performance. There are a lot of factors going into which servo to use so that will be in a post all its own.